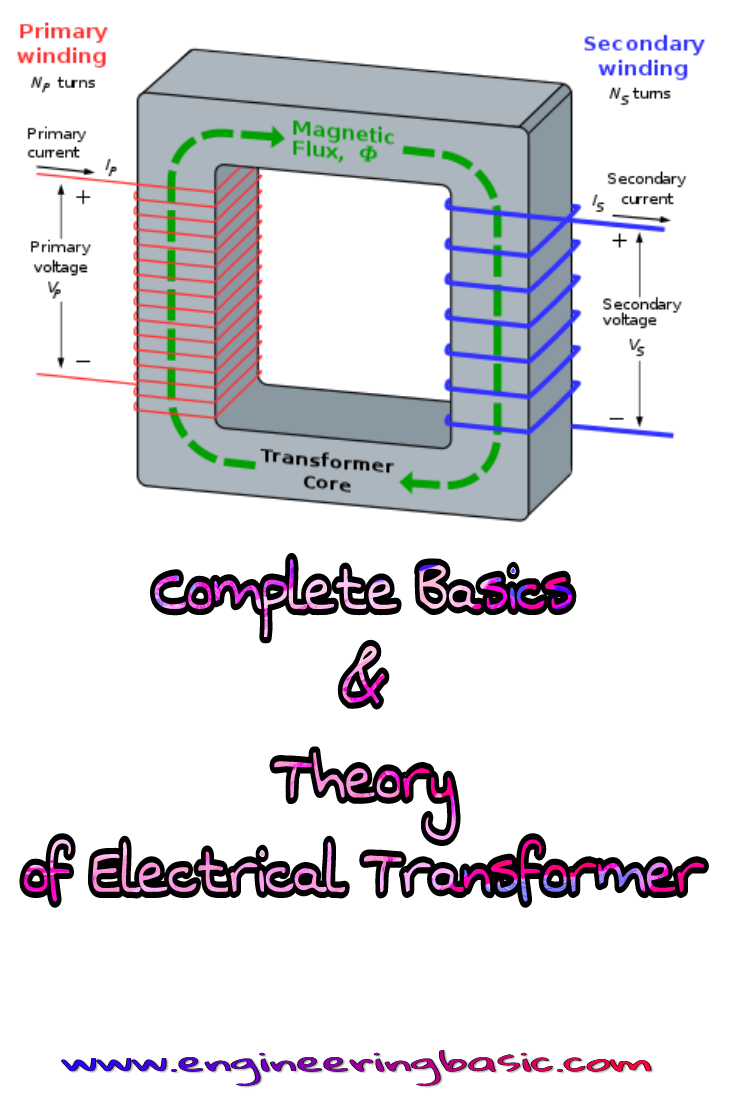 Electrical Transformer is the most used electrical machine in power system. Both in the power transmission and distribution of ac network, transformer has its mandatory use.

What is electrical transformer

Use of electrical transformer

[1] Change the voltage and current level

Modern ac transmission technology requires the voltage to be higher such as 11KV, 33KV, 133Kv, 232KV. This is required to minimize the transmission loss and making the transmission line lighter, thinner hence less copper is needed. On the other hand consumer end voltage level is 400, 200, 120 etc. Transformer is used to step up or step down the voltage level. Also potential transformer is used in some protection and measurements purposes. . To change the current level- Changing current level is required in some protection and measurement instruments named is current transformer.

Some transformer is used to isolate two circuits (no physical connection) but maintain the energy transfer by electromagnetic induction. This way both circuit can be safe from each other also different potential can be maintained.

Power is unchanged in transformer primary and secondary, only voltage and current is changed. These can be used to convert the impedance of a load to a different level. R=V/I, now say V=200, I=10 then R=20ohm; and for V=100, I=20 then R=5ohm. In both cases the power is same 2000Watt but impedance is varied. As per Maximum Power Transfer Theorem maximum power is transferred when impedance is matching. Thus impedance matching mostly used in audio system where impedance of speaker and phone are of mismatch.

An alternating voltage is connected to the primary coil. These create flux in the coil. As the voltage is alternating or time varying so is the produced flux. These time-varying flux produces induced voltage in the secondary winding when it cuts through the secondary coil or winding.

The change in voltage from primary to secondary is done by the number of coil turns variation in primary and secondary. As transformer works on the Faraday’s law of induction, we can describe voltage and current change in transformer by following manner.

First we consider that all the flux from primary circuit is involve in the secondary circuit. That is there is no loss of magnetic flux, which is the case in reality for modern design of transformer.

2. Change in current As per Voltage and current relation, voltage and current are inversely related. If voltage is increased then the current will be decreased and vice versa.
By properly proportioning the number of primary and secondary turns, almost any desired voltage ratio, or ratio of transformation, can be obtained.

The most important factor of transformer is its difference between the number of turns in primary and secondary. This difference defines the transformer functional rating.

Why there is iron core instead of air core in transformer

To avoid this solid iron core is not used. Thin iron core is laminated to make it non-conductive. Then this thin laminated core is stacked by several to get the complete iron core structure. With this modification eddy current is reduced but magnetic property of the iron core is remained unchanged.

To reduce the losses caused by eddy currents in the core, the magnetic circuit usually consists of a stack of thin lamination.

Materials of iron core of transformer-