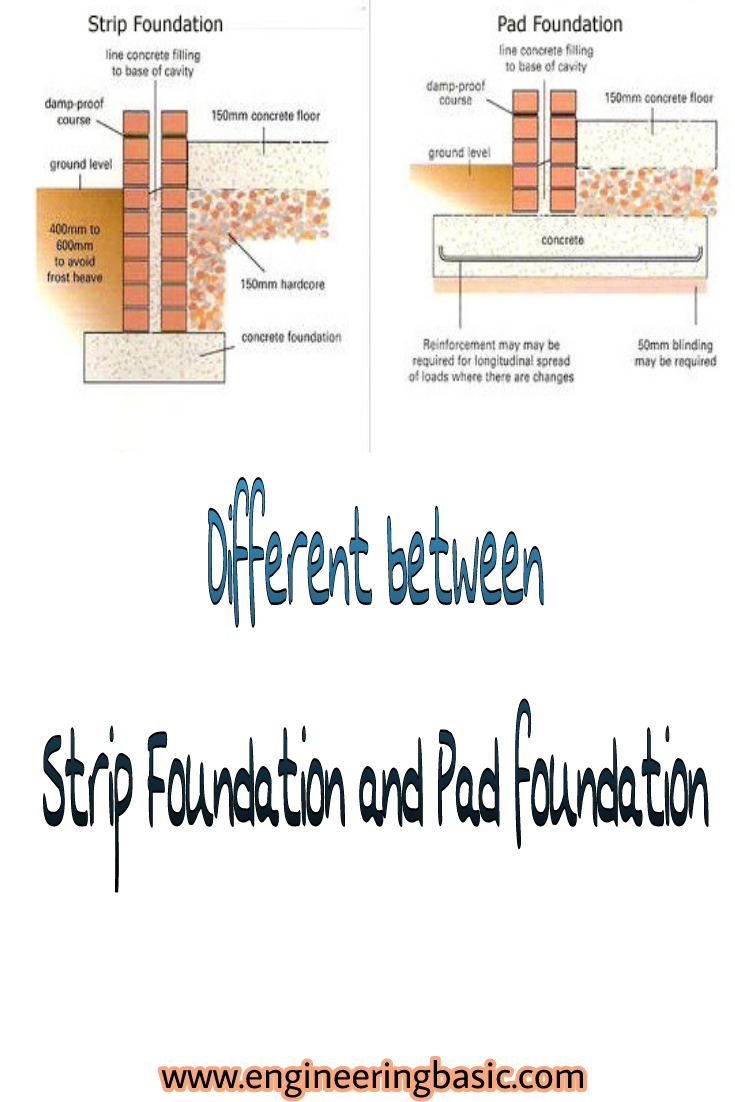 Strip and Pad foundation are generally the most common types of foundation / footing use on construction site.

Strip foundations are a type of shallow foundation that are used to provide a continuous, level (or sometimes stepped) strip of support to a linear structure such as a wall or closely-spaced rows of columns built centrally above them.

Pad foundations are generally shallow foundation, but can be deep depending on the ground conditions. They are a form of spread footing formed by rectangular, square, or sometimes circular concrete ‘pads’ that support localised single-point loads such as structural columns, groups of columns or framed structures. This load is then spread by the pad to the bearing layer of soil or rocks below. Pad foundations can also be used to support ground beams.

They are generally of a uniform thickness, but sometimes the upper face may be sloped or stepped. Their plan shape will depend on the nature of the applied load and the allowable bearing capacity of the layers below. Their thickness must be sufficient to distribute the load across the plan shape. They are generally reinforced on all but the smallest structures, with the reinforcement allowing higher loads to be imposed and the construction of shallower pads which require less excavation and use less concrete.