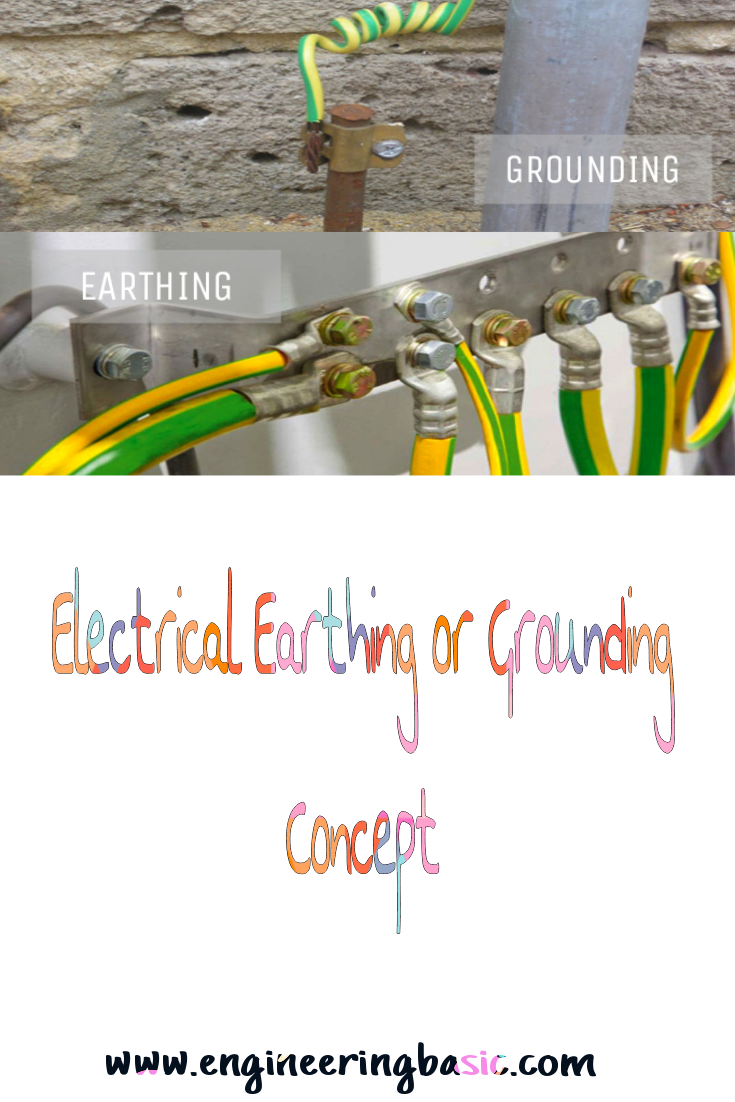 Earthing or grounding  system is an electrical circuit which connects a part of electrical system to the earth or ground.

What is earth & ground

Earth: The conductive mass of the Earth, whose electric potential at any point is Conventionally taken as zero

Ground– A conducting connection, whether intentional or accidental, by which an electric circuit or equipment is connected to the earth or to some conducting body of relatively large extent that serves in place of the earth.

So ground refers to the equipment grounding system, Such as metallic raceways, cable armor, enclosures, cabinets, frames, building steel, and all other non-current carrying metal parts of the electrical distribution system.

Why earthing or grounding is needed

So by earthing the non-current carrying parts are connected to earth and maintained at earth potential. It also prevents static charge buildup. Also the earthing is used to release the fault current from the electrical system, which are describe below in the section of types of earthing.

Objectives of earthing or grounding

Types of earthing or grounding system: by function

The neutral of Low voltage side of transformer and the stator of generator is the example of system grounding.

Though most of the time the grounded conductor are not carrying current but as per the international code these have to be treated same as the live conductor. That is the precautions, insulation; handling will be same as that of the phase or live conductor.
In system grounding for the fault current there is low impedance return path from the load to the source, thus fault clearing is done and also ground fault protection system can be initiated.

Is it safe to touch any grounded object?