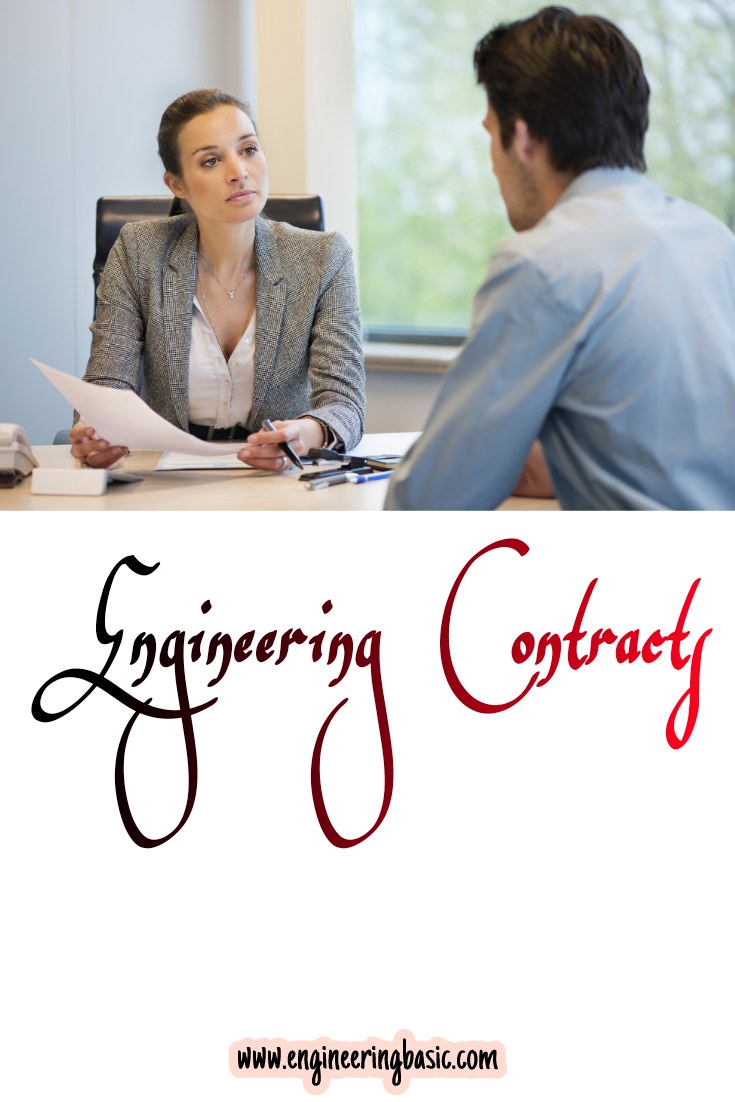 For a contract to be legally enforceable, it must meet all of the following requirements:

[1] There must be a mutual agreement capacity to enter into a contract.

[2] The agreement must be for a lawful or meeting of the minds between all parties.

[3] The agreement must be supported by legally recognized consideration.

[4] Parties to the contract must have the intellectual objectives.

[5] Must not be any legal defense to the contract.

With this definition, a Court cannot enforce social promises. For example, a promise that you’ll buy your girl or boy friend a ring may be morally binding but it is not legally binding. However it is instructive to note that not all agreement is enforceable by law. The law of contract pervades virtually in all spheres of human activity. The legal relations created by law of contracts enable one to whom money, goods, services, or some other benefit is promised to enforce the promise or to obtain a remedy for its breach. The primary consideration of contract law is, therefore, to enforce self-imposed obligations. At the heart of contract lies the related ideas of agreement, promise and bargain. A contract is taken to result from an agreement between the parties to it and the agreement itself is seen as coming about through inter-locking mechanism of an offer from one party, duly accepted by the other; with of course consideration for offer and acceptance and intention to enter into legal relationship.

Since contract is concerned with obligations, which people incur to other as a result of their relations and transaction’s, agreement normally results. This agreement is usually in respect of certain terms stipulated in the contract by the parties themselves. These terms are express terms that are binding on the parties as a result of the agreement between them. They will usually comprise of the written or oral promises of the parties and a signed agreement will provide conclusive evidence of the terms of the agreement. Sanctity of contract is, therefore, a strict interpretation rule. This fundamental principle is to the effect that contracts,including those in construction industry, are binding and parties to them intend to create legal relations and are duty bound to carry-out in good faith, the obligations entered into by the signatories in respect of them. This principle of good faith in performance of self-imposed obligation is known in legal term as PactaSunt Serranda. It is a sacred doctrine for the preservation of contract.

Formal contract are made by deed also known as contract under seal contracts are simple whether by words of mouth or by writing.

In express contract, all the terms are clearly stated while for implied the terms are not expressly stated. In circumstances of implied contract, the court will construe the existence of a contract from the conduct of the parties rather than from their words of correspondence.

The major types of contracts for execution in most engineering works fall into two categories:

The vehicle for obtaining the most accurate assessment of the likely final cost of a project is by using a professionally prepared firm Bill of Quantities which enables all the tenderers to compete on a fair and equitable basis. A firm Bill of Quantities is a totally comprehensive contract document which lists all the activities which have to be performed and all the obligations which the successful contractor will be called upon to meet. Much of the work which lends itself to measurement is included in a Bill of Quantities by way of description. The descriptions are also accompanied by the actual extent or quantity of the items of work involved and these quantities of measurement are expressed in m³(cubic metres), m²(square metres), m (metres), or enumerated items. The precise unit of measurement adopted is dependent on the physical shape of the work involved. This is the most used form of contract for works in most engineering construction (Civil/Electrical/Mechanical Engineering). This type of contract actually makes use of a B.O.Q that is priced by the contractor or subcontractor. The B.O.Q. is prepared as accurate as possible with the description of item of work, the quantities of each item of work to be done against which the contractor enters a unit rate. The total sum gives the tender total or contract price which will be paid to the contractor in accordance with conditions of contract document.

In addition to items of measurement a Bill of Quantities include pricing points for all the many items known as ‘preliminaries’ and that does not lend themselves to measurement. Typical preliminaries will include such things as requirements in respect of the contractor’s general obligations, setting out, supervision, liability for and possibly insurances in respect of injury to persons and property, access to the working area by others employed directly by the client, obligations and restrictions imposed by the client, temporary plant and equipment, scaffolding, transport of work people to and from the site, water, lighting and power for the works, temporary roads and other means of access, all temporary storage, hutting and similar facilities required by the contractor, temporary telephones, safety, health and welfare facilities, drying out, temporary fences, screens and similar items, anti-pollution measures and many other items which may attract a charge on the contract.

Bills of Quantities also include provisional sums for items of work which cannot be decided upon in advance or which may occur but with no degree of certainty. Here, at final account stage, the quantity surveyor will set the actual values of the work performed against the lump sum provisional allowance. When it is known that certain specialist activities or materials are required and the designer wishes to exercise direct control over the selection of appropriate firms then it is customary to include such activities or specialist materials by way of prime cost sums in the Bills of Quantities. The contractor is given the opportunity by way of pricing points to allow for his own profit and attendance against such items in the bills.

Proposals other than the firm-price type generally are applied to construction projects not fully described by advance plans and specifications or perhaps only envisioned as a preliminary concept of what is required by the owner/client. In complete tender documents are the main reason an owner would award the work without competitive bids on a conditional basis. Some owners, for reasons of their own that might include the desire to avoid publicity for their project, prefer to negotiate in confidence with known contractors, sometimes on a variable-price basis.

There are circumstances where industrial organizations make a practice of negotiating their proposed construction with given contractors to obtain the superior technical advantages and talents of the contractor’s organization. The urgency of saving time is possibly the strongest reason for not following the time-proven method of competitive bidding. Proposals other than firm-price expose the owner/client to some risks not common to fixed-price bids. Such transactions should not be entered into except between highly reputable firms and where there is a substantial amount of mutual confidence. Nonfirm-price contracts fall into these general categories below:

{1} Cost plus a percentage fee contract

The contractor is paid the actual cost of work plus an agreed percentage of the actual or allowable cost to cover overheads and profit. It is very suitable in

1. Emergency when there is insufficient time to prepare a detailed scope of work before the work commences.

2. Rehabilitation/renovation of building where the extent of work cannot be fore seen.

1. No incentive exists for contractors to reduce cost or complete on time.

2. It imposes an increased burden of monitoring and supervision on engineer.

3. It can be exploited by unscrupulous contractor to increase profit by delaying completion of works.

{2} Cost Plus a Fixed Fee Contract

The contractor receives the fixed actual cost incurred usually based on agreed estimated cost plus a fixed lump sum. The fixed lump sum has been previously agreed upon and does not fluctuate with the final cost of the job. Although there is no real incentive for the contractor on efficiency, it to his advantage to earn the fixed fee as soon as possible and subsequently release his resources for other work. Regardless of the actual cost of overrun or underrun the preliminary estimate, the contractor receives only the fixed fee already agreed upon by both parties.

The employer (client) either directly or through the services of an engineer, gives his requirements in broad and general terms only to contractors, who are then required to submit full details of design, construction,and terms of payment or probably includes operation/maintenance of work for a limited period. The use of this form of contract has some advantages in a few special cases but not a good method for most of contracts. The procedure has been used for gas and chemical works, oil-refineries, and nuclear power station among others.

The elements of a valid contract are offer, acceptance and consideration. For a contract to exist, there has to be an offer by one party to another and an acceptance by the person to whom the offer is made. An offer may be defined as undertaking or promise made by one party with the intention that it shall become binding on the party making it as soon as it is accepted by the party to whom it is addressed. Both offer and acceptance can be made expressly or by conduct.

An acceptance is an action or a promise by the party receiving the offer that indicates a willingness to abide by the offer as presented.

Consideration is the second requirement for enforceable agreement. Consideration implies something of legal value that can be given for a promise or an act.

An agreement has to have legal objective in order to be enforceable under the law. Case laws is replete with examples of the contracts the courts deem “illegal” and thus unenforceable.

The following are normal contract document for most engineering contract:

This in the real sense constitutes the formal agreement between the client and the contractor for the execution of the work in accordance with other contract document.

This defines in broad term conditions, under which the works are to be undertaken, the relationship between the client, the engineer and the contractor, the powers of the engineer, the roles/responsibilities of other professionals in the team and the term of payment.

This is where the detailed information on contract drawings and the bill of quantities are stated. It describes in detail the work to be executed under the contract and nature and quality of materials, component and workmanship. It also states any special responsibilities to be borne by the contractor aside what is covered in the general conditions of contract. There may be other clauses arising from government agencies or professional bodies to address peculiar issues as related to their statutory responsibilities.

This is a formal offer to a contractor to implement/execute a contract works according to various contract documents for the tender sum.