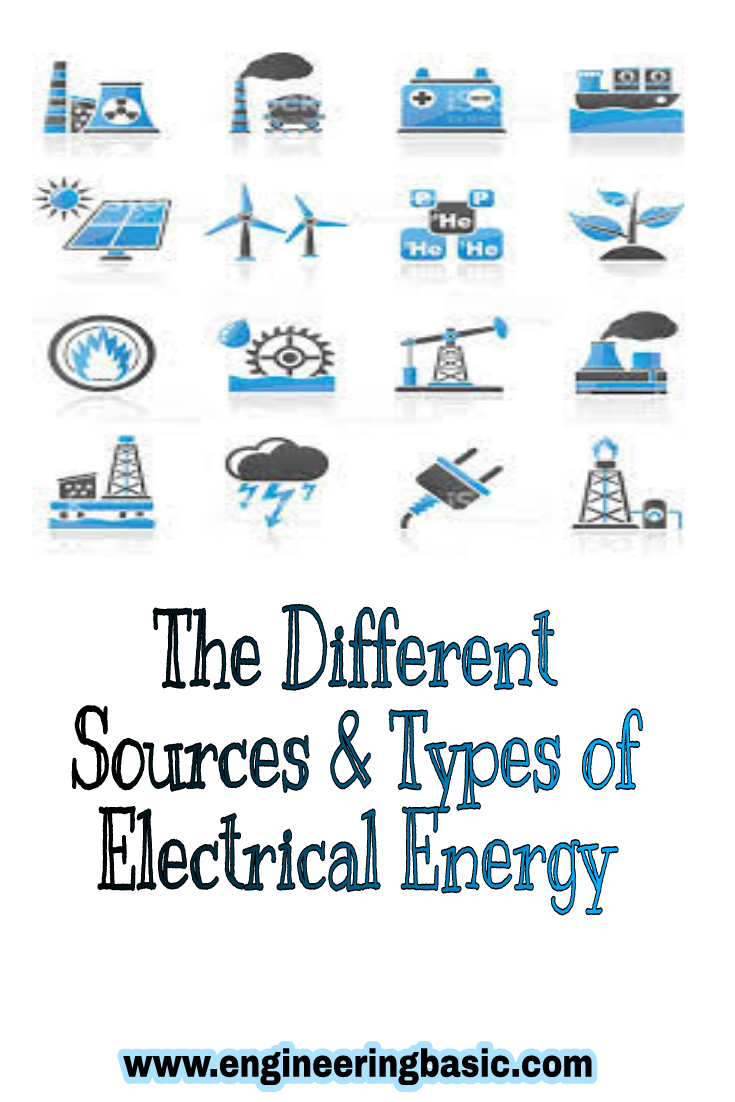 Electricity is created from many different energy sources. Some of these energy sources are renewable and others are non-renewable.

Renewable energy resources are the ones in which you won’t run out of it in the foreseeable future. E.g. wind power, wave power, solar power, biomass, hydroelectric power, geothermal energy.

Moving air which is created when the sun heats the air and cooler air moves in to replace it. This causes wind. Through the ages people have learned to harness the wind’s energy. Like the sun, it can also be used to create electricity.

Wind power is the use of air flow through wind turbines to mechanical power generators for electrical power. Wind power, as an alternative to burning fossil fuel, is plentiful, renewable, widely distributed, clean, produces no greenhouse Gas emissions during operation, consumes no water, and uses little land. The net effect on the environment are far less problematic than those of nonrenewable power sources.

Wave-power generation is not a widely-employed commercial technology, although there have been attempts to use it since at least 1890. In 2008, the first experimental wave farm was opened in Portugal.

Wave power is the capture of energy of wind wave which help in the generation of electrical power. A machine that exploits wave power is a wave energy converter (WEC).

Waves are generated by wind passing over the surface of the sea. As long as the waves propagate slower than the wind speed just above the waves, there is an energy transfer from the wind to the waves. Both air pressure differences between the upwind and the lee side of a wave crest, as well as friction on the water surface by the wind, making the water to go into the shear stress causes the growth of the waves.

In general, larger waves are more powerful but wave power is also determined by wave speed, wavelength, and water density.

By generating electricity through the sun we prevent the release into the atmosphere of around 500 tonnes of greenhouse gases each year.

As of 2016, solar power provided just 1% of total worldwide electricity production but was growing at 33% per annum.

Energy which comes from landfill – or rubbish dumps. It includes energy from both animal and plant matter. Landfill gas is created when the waste you throw away starts rotting (or decomposing) in the ground. This gas would normally just seep through the ground and into the atmosphere, contributing to environmental problems, like the greenhouse effect. However, it can be captured and processed to create electricity. It is collected, dried (to get rid of any water), and then filtered (to get rid of any waste particles). It is then fed through pipes to a gas generator that burns the gas to create electricity.

As an energy source, biomass can either be used directly via combustion to produce heat, or indirectly after converting it to various forms of biofuel. Conversion of biomass to biofuel can be achieved by different methods which are broadly classified into: thermal, chemical, and biochemical. Some chemical constituents of plant biomass include lignins, cellulose, and hemicellulose.

Electrical energy created from water stored in huge dams. The energy created by the water released from these dams is transformed into electricity by hydro-electric turbines and generators. The most famous source of hydroelectric power is in the Snowy Mountains, NSW. It is less expensive than mining fossil fuels and does not contribute to the greenhouse effect.

The cost of hydroelectricity is relatively low, making it a competitive source of renewable electricity. The hydro station consumes no water, unlike coal or gas plants.

With a dam and reservoir it is also a flexible source of electricity since the amount produced by the station can be changed up or down very quickly to adapt to changing energy demands. Once a hydroelectric complex is constructed, the project produces no direct waste, and in many cases, has a considerably lower output level of greenhouse gases than fossil fuel powered energy plants.

Energy from the heat of the earth. It has been used for thousands of years in some countries for hot water, cooking and heating. It can also generate electricity using steam produced from heat found beneath the surface of the earth.

Geothermal power is considered to be a sustainable, renewable source of energy because the heat extraction is small compared with the Earth’s Heat content. The greenhouse gas emission of geothermal electric stations are on average 45 grams of carbon dioxide per kilowatt-hour of electricity, or less than 5 percent of that of conventional coal-fired plants.

Nonrenewable Energy Resources are finite resources which will dwindle until it is no longer economically viable to access the remaining materials e.g. coal, oil, gas (fossil fuels) and nuclear.

Coal is a fossil fuel formed from plants that were buried millions of years ago. The high-temperature, high-pressure conditions underground transformed the plants physically and chemically, forming coal.

Coal contains energy that the plants absorbed from the sun – burning coal releases this energy. It can be used to heat water to generate steam, which is then used to drive a turbine to generate electricity.

Coal is abundant but finite. Generating electricity using coal is currently relatively inexpensive, but the cost is affected by world coal prices, which can be volatile.

Oil is the largest source of energy in most country in the world. Though most oil is used for transportation or home heating purposes, a small percentage is still used as a fuel for electricity generating plants.

Burning oil to generate electricity produces significant air pollution in the forms of nitrogen oxides, and, depending on the sulfur content of the oil, sulfur dioxide and particulates. Carbon dioxide and methane (as well as other greenhouse gases), heavy metals such as mercury, and volatile organic compounds (which contribute to ground-level ozone) all can come out of the smoke stack of an oil-burning power plant.

Natural gas, because of its clean burning nature, has become a very popular fuel for the generation of electricity. In the 1970s and 1980s, the choices for most electric utility generators were large coal or nuclear powered plants.  However, due to economic, environmental and technological changes, natural gas has become the fuel of choice for new power plants built since the 1990s.

Natural gas can be used to generate electricity in a variety of ways. The most basic natural gas-fired electric generation consists of a steam generation unit, where fossil fuels are burned in a boiler to heat water and produce steam that then turns a turbine to generate electricity. Natural gas may be used for this process, although these basic steam units are more typical of large coal or nuclear generation facilities. These basic steam generation units have fairly low energy efficiency. Typically, only 33 to 35 percent of the thermal energy used to generate the steam is converted into electrical energy in these types of units.

Gas turbines and combustion engines are also used to generate electricity. In these types of units, instead of heating steam to turn a turbine, hot gases from burning fossil fuels (particularly natural gas) are used to turn the turbine and generate electricity. Gas turbine and combustion engine plants are traditionally used primarily for peak-load demands, as it is possible to quickly and easily turn them on. These plants have increased in popularity due to advances in technology and the availability of natural gas. However, they are still traditionally slightly less efficient than large steam-driven power plants.

Nuclear power is the use of nuclear reactions that release nuclear energy to generate heat, which most frequently is then used in steam turbines to produce electricity in a Nuclear Power Plant. The term includes Nuclear Fission, Nuclear Decay and Nuclear Fusion. While every form of nuclear energy has been found in nature, fission energy was frequently viewed as a complete product of human ingenuity, until the discovery of Natural Nuclear Fission Reactor within the earth’s geological record. Presently, the nuclear fission of elements in the actinide series of the periodic table produce the vast majority of nuclear energy in the direct service of humankind, with nuclear decay processes, primarily in the form of hot-springs/geothermal energy, and radioisotopes thermoelectric generator, in niche uses making up the rest.

Fission-electricity is one of the leading low Carbon Power Generation methods of producing electricity, has emission values lower than renewable energy when the latter is taken as a single energy source. A 2014 analysis of the carbon footprint literature by the Intergovernmental Panel on Climate Change (IPCC) reported that the embodied total life cycle emission intensity of fission electricity has a median value of 12 g CO2 eq/kWh which is the lowest out of all commercial Base load energy sources. This is contrasted with coal and fossil gas at 820 and 490 g CO2 eq/kWh. From the beginning of fission electric power station commercialization in the 1970s, nuclear power prevented the emission of about 64 billion tonnes of carbon dioxide equivalent that would have otherwise resulted from the burning of fossil fuels in thermal power station.